Problem:  As above.  Log says "Unable to set date for the following file..." for all files, leading SC to re-copy the same files over and over.

Solution:  As described at HowIFixedIt.net and the Second Copy wiki:

"To fix the problem, you must edit your Second Copy “profile.dat” file which stores all the program variables.

Make sure the Second Copy program is turned off. You must add “IgnoreTimeDifference=2″ to either the [General] section or the [Options] section. like so:

If you do not have the [Options] section in the profiles.dat file then add it below the [General] section as shown in the example below:


You can try one of the following locations to find "profile.dat":

Cube Talk 7X U51GT will not charge or turn on

Sometimes you can get the screen to flash, briefly, when pressing and holding the on key.

This can happen when the tablet battery is pretty much completely depleted.

It should boot when plugged in to a charger, but some (most?) chargers are too wussy to supply all of the current the tablet wants.  So the tablet starts up, decides the charger ain't cutting it, and shuts down again.  (Or maybe it's the power supply system of the tablet at fault - it can't draw more than a certain amount of current.  Or both.)

One solution is to use a USB battery pack instead of a wall charger.  Battery packs are rarely limited in their output current, and can deliver 2.5A or more if the tablet demands it.  This can sometimes let the tablet boot normally and it will start the normal recharging process - and besides which, it will recharge faster.  Banggood often has Xiomi packs on for good prices, I recommend everyone to pick one up.

Another solution may be to use a high-current USB charger.  Be aware, however, that most "2A" or "2.5A" rated wall chargers are nothing of the sort.  Most will barely source 500 mA or so, meaning they're no better than a "standard" charger, and may still fail.  Also, the Cube and most other tablets can't draw 2A anyway.

Finally, you can try the rubber band trick noted in the comments in this YouTube video.  Basically, plug it in, then hold down the on key for 5-20 minutes.  This is obviously best done with elastic bands.  This seems to force the tablet to stay active, or at least enough to jumpstart the charging process.  The author says 20 minutes but I've had success with only 5 minutes of holding.

(I know I saw this elastic band trick mentioned elsewhere, but I can't find it again.  Comments on the alternative/original location welcome.)

Of course, you might find - as I have recently - that the deeply-depleted pack of the tablet IS in fact charging - just very slowly.  This is typically done for safety purposes, to avoid battery overheating and other issues.  Holding the power button doesn't seem to affect this, at least not always.  So leave it overnight and see what happens.

Problem:  You used to be able to drag a maximized window to "un-maximize" it.  Now you can't.

Solution:  Per this post at SuperUser, uncheck "Prevent windows from being automatically arranged when moved to the edge of the the screen" in Control Panel / Ease of Access Center / Make it easier to focus on tasks.

Note:  It might take several seconds for Windows to apply this setting after hitting "OK" or "Apply".  If you test it too early, it may seem like nothing changed.  Wait 10 seconds and try again before deciding that unchecking the feature did not work.

You probably already know by now that "Cannot shift objects on sheet" is probably caused by a misbehaving comment.  It prevents you from hiding columns; in some cases it might also prevent you from inserting columns.

Deleting all your comments is one solution.  If you have a lot of comments, this will not be a preferable solution.

Another solution that is not frequently mentioned is to fix all the comments so that they are set to "move and size with cells".  The misbehaving comment is probably not so set.

It is possible to do this manually.  Obviously with anything more than about 10 comments, this is impractical.  Besides, your comments are probably all over the damn place since they have not been moving with their target cell.

To fix this, you can use "A macro to un-mess Excel comments", as posted at  m2otech.com.  This macro changes all comments to "move and size with cells", plus some other cleanup.

After running the macro, I was able to successfully hide my problematic columns.  Plus my worksheet looked a lot neater.

If you get compile errors in Excel, you may need to reformat the following lines of the macro to exist on a single line (i.e. without carriage returns):

Useful options to know when debugging this problem:

In Options/Advanced/Display, you can set comments to always show.  This can be useful.  (You can set it back to "show on hover" later.)

Also in Options/Advanced/Display, you can set "all" objects to show.  This can also be useful.  This option can also be toggled with CTRL-6.

Some people find that just messing with the above two options is enough to fix their issue.  Not so for me.
Posted by Titam at 9:41 AM No comments:

Googlebar Lite mysteriously disappears and will not show

Update 2016-02-14:  Overall, Firefox is not any more stable or usable with Auto Unload Tab enabled.  It still crashes on an annoyingly routine basis, usually after a 6-7 days of continuous use with a few dozen tabs open.  So Auto Unload Tab is not the "magic bullet" for these problems.

Exactly how anyone can "routinely" have "hundreds" of tabs open at one time is rather beyond me.

If you're like me, you probably hear about people who "routinely" have "hundreds" of Firefox tabs open.

I don't know about you, but if I get more than about 40 or so, FF starts to hate me.  It starts to hang for up to 60 seconds at a time every 3 minutes, or crashes, or puts up garbled windows, simply doesn't display some information, or otherwise makes my life miserable.

Restarting it helps - sometimes - because FF doesn't reload all the tabs on restart.  But this is obviously not a convenient workaround.

So ever wonder how these wizards manage to have "hundreds" of tabs open? I sure did.

Since this is Firefox, the 'duh' answer is an add-on - such as the "Auto Unload Tab" add-on.  This extension* can be configured to automatically unload inactive tabs after a little while, freeing up your valuable memory and CPU cycles.

There are other extensions for this, but many are discontinued or experimental  Caveat emptor!

I only just installed it, so who knows how well it works.  Hopefully well enough.

I've been using Bullzip for years, and it has always been fast and responsive.  However, it has suddenly become extremely slow to print files from Word.  Like, 5-10 minutes slow.  Previously it was always less than a few minutes, even for 150+ pages.

The problems more-or-less coincided with the latest Windows 7 patches, which I applied about August 24, 2015, after I came back from vacation.  But I don't know if that is related or not.  I don't know of anything else that changed, though.

Nothing ever shows up in the Bullzip printer queue and Word is not spooling it, so I don't know where the hangup is.  The print job simply disappears, and it takes 10 minutes for the Bullzip PDF driver window to show up.  Rebooting does not help.

I am admittedly running a fairly old version of Bullzip (v7.1.0.1218).  It has always been rock-solid to this point.

Unfortunately, I don't have a solution, as nobody else seems to be having this issue.  So if anyone else does have this issue, or has a solution, info is greatly appreciated. 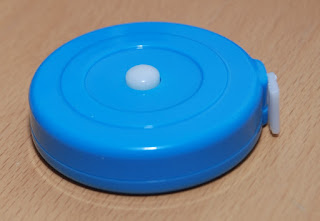 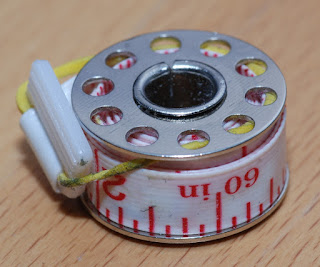 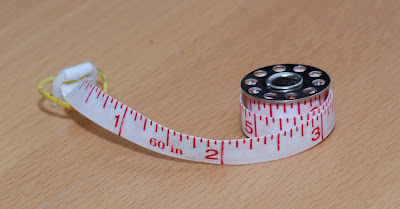 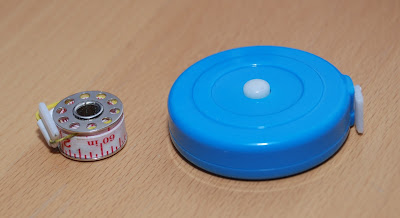 OK, Altoids tins don't really suck, I guess.  Altoids themselves are pretty OK in my book, and the tins are admittedly an extremely handy item.

However, EDC seems to be all the rage these days, and every EDC proponent wants to start with an Altoids tin for their first aid / survival / whatever kit.

I got a tin of Altoids.  That tin is HUGE!  Seriously!  It doesn't fit in my pocket, so how am I supposed to carry it with me?  I don't believe for one second that most people who claim this to be their "EDC" actually carry this tin around daily.

Sure, maybe in a pocket of a bag or backpack, which you "always" have.  OK, fine, I guess.

The point is, it bothers me a bit that the standard "Altoids tin" kit has become such the de facto standard that nobody even thinks to question it anymore.  Sure, you need to start somewhere, and maybe that tin is what you want.  Maybe it's not.  How about sparing it a thought first?

Regardless, I wanted a first-aid kit - I don't NEED one, but I wanted one, so call me strange or whatever.  Probably comes from traveling quite a bit lately, plus having young kids prone to scrapes and whatnot.

And something actually pocket sized that I could carry, since having it where I was not was obviously a waste.  Band-aids in the car are no good when we're in the middle of the park.

So I wander into Starbucks one day, and happen to glance over to the side of the till to see this: