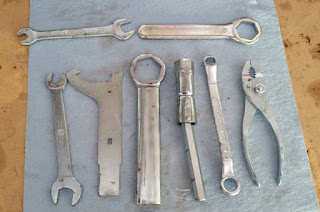 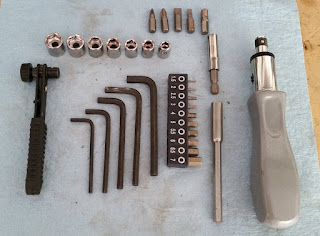 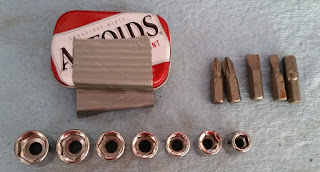 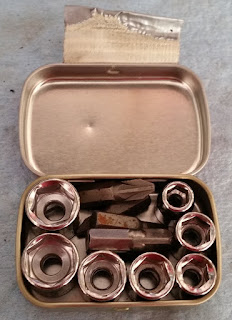 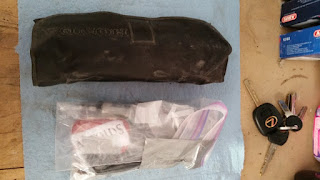 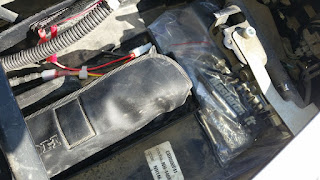 Update 2016-12:  Canadian Tire was selling stubby ratchet handles and stubby interchangeable-bit screwdrivers for $3 over Christmas.  As these are cheap, small, and reasonably durable, either or both of these would be a good addition or substitution tool for what I have above.  The drivers are about half-size - not full-size, nor a true stubby - and should be just about right.
Posted by Titam at 2:40 PM